I've been thinking about this drop all summer. The plan started a few days beforehand when Gordon said he was going up to run Lower Lewis Falls and Brian Burger was, too. Yeah!! We showed up in the afternoon sometime, the view was amazing and powerful. I had seen big falls before, but never driven 3 1/2 hours specifically to run one. We were all pretty fired up. Brian got ready and helped me set a rescue position on river left that was great for bagging someone out of the cave. Caves! ung

85 degrees, everyone had sweet lines, no one went in the cave. Summer had arrived!! 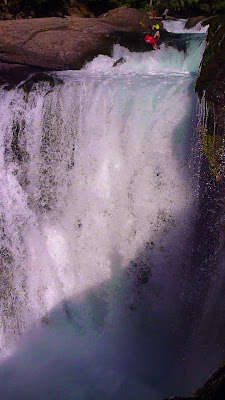 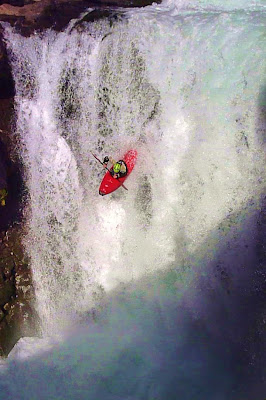 Burger stomps the guts out of  another stout 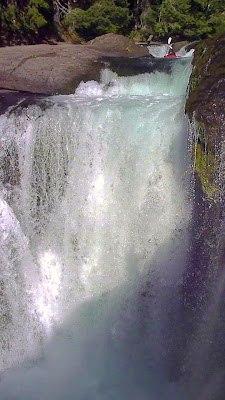 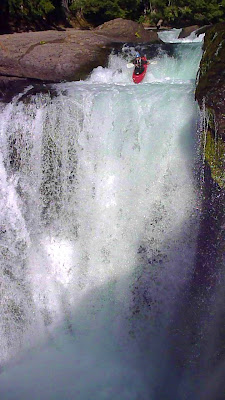 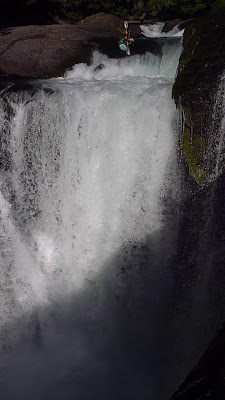 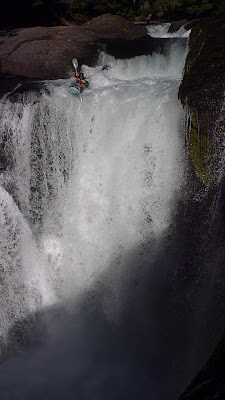 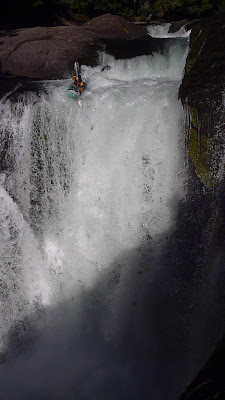 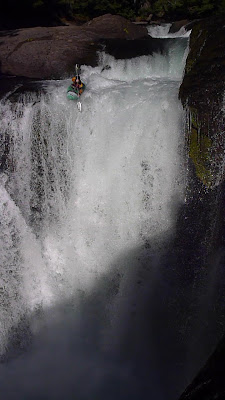 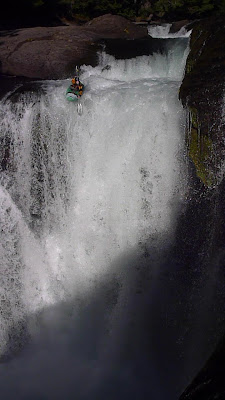 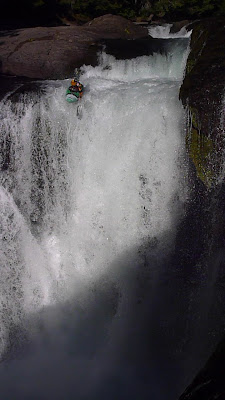 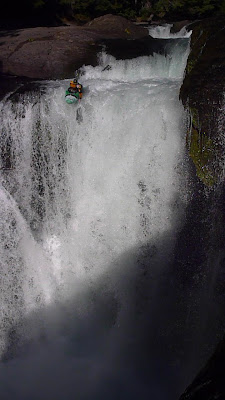 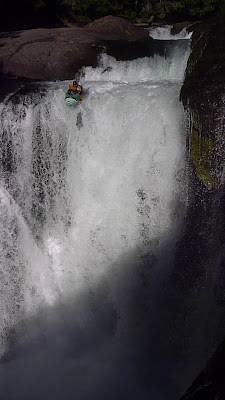 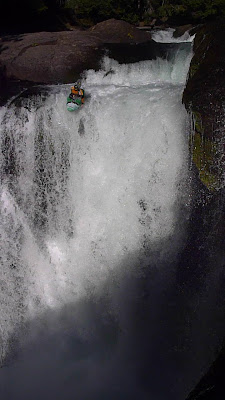 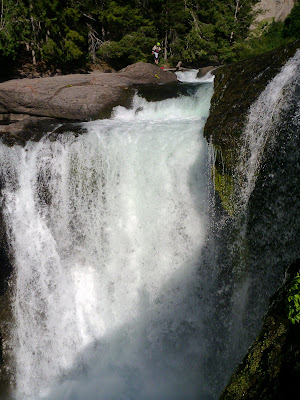 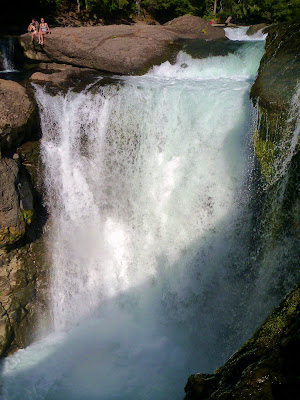 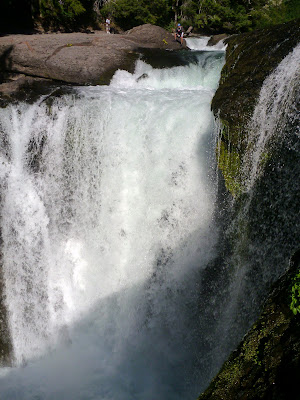 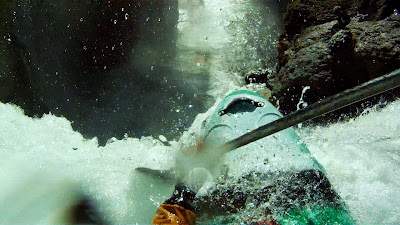 BOOOOM!!!!!!!
The following day began with the best bacon and eggs breakfast you've ever tasted. Really. Then we rallied to the Cispus and met up with Dan P, Alex, Phil, Abe Hererra, Jeff and Dan McCain. I hadn't done the Upper Upper Cispus and neither had most of the group. Good times. 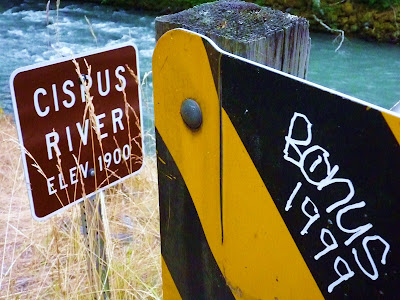 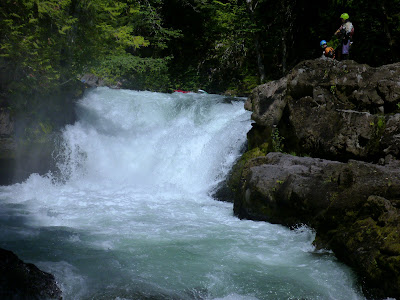 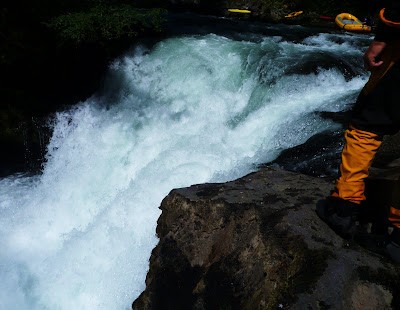 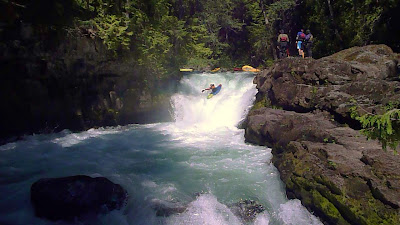 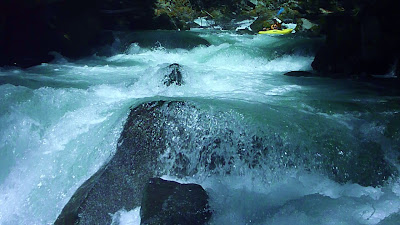 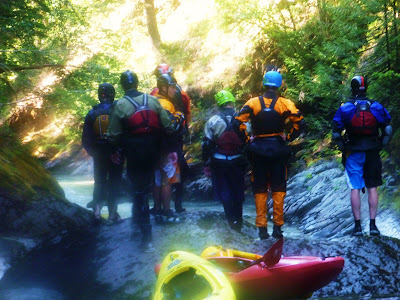 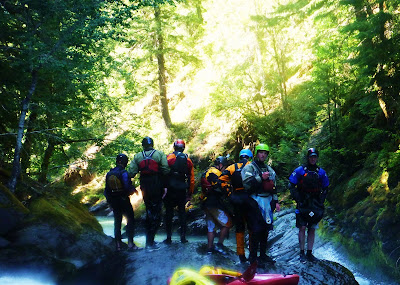 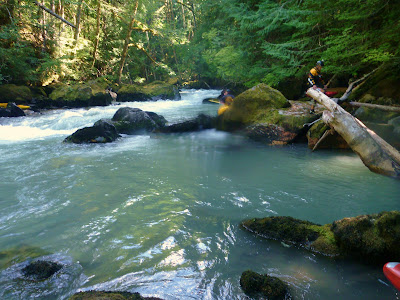 The cave on the left side of Behemoth is a very unforgiving place. I'm not sure what I did to get in there, but if that rope wasn't dangling into the 'pool' I would've been forced to swim through the back door to get out. No one could've gotten to me in time. All the current back there is all surging and flowing upstream. Once your in there it's either up and out or through the guts of the waterfall. Have I mentioned how great it is to paddle with solid river professionals? Rescue is an essential skill in a class V environment. Know what to do beforehand, because shit goes down FAST. I always wear my Kokatat Ronin Pro PFD and GMER drysuit when ever I get on a creek. It took almost half an hour to get me out with four guys hauling on the system. I would've been severely hypothermic without a drysuit on. I can't thank you boys enough.
The lifeline that WAS there was very worn and snapped. We neglected to leave a rope and when I go back I plan to leave a spectra bag as it doesn't wear out as quickly as the polypro bags do (in this application). If you get in there before I do and want to leave a bag I will gladly set you up with a replacement spectra. Serious. Get ahold of me. That would not be a fun swim for anyone.
Posted by Brett Barton at 12:40 AM