When the water gets low on the classic runs here in the PNW ya gotta head upstream to the not-so-classic, somewhat-remote, and at times uber-committing "way-up-there" kinda runs. The kinda places bears don't even get into. The kinda places the old timers who  invented  the Forest Service put up signs for. Yep, I'm talking about the box canyons, every mountain's got a few. Some of 'em aren't even survivable. When dropping into a box where the only way out is downstream, scout before you route. That way when you find a stout, there's no need to pout. Cuz you know you can get out! 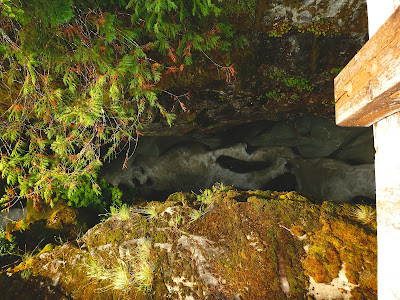 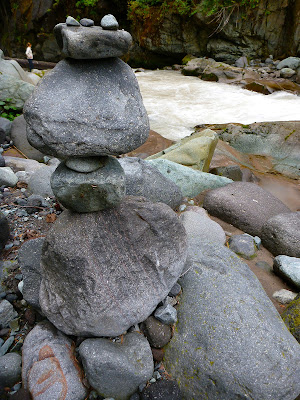 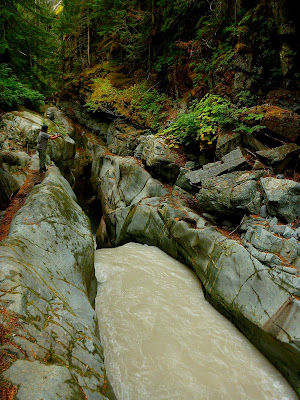 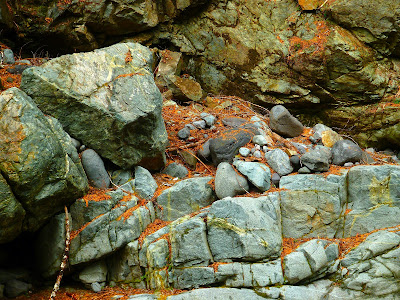 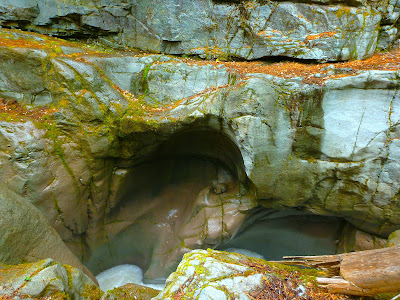 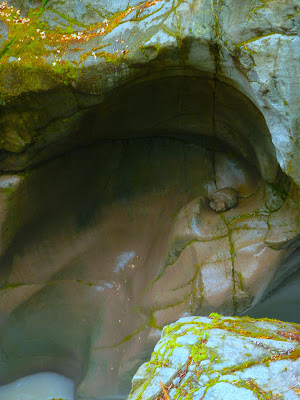 Jeremy and I headed downstream to see what other stouts were lurking. I had my Gorge Beast detector set on high... just in case. Hard to see 'em though all that murky water. The Muddy Fork's Lower Canyon is an easier version of the upper canyons, and while still committing much more 'user friendly'. Although one poorly placed log would spell disaster in any of the Muddy's canyons. The upper canyons were much steeper with a kaleidoscope of marginal to unrunnable drops, the main problem being many of the harder drops require different flows for optimal lines. Crushing holes above lethal features have kept paddlers out of many of the Muddy Fork's upper canyons. 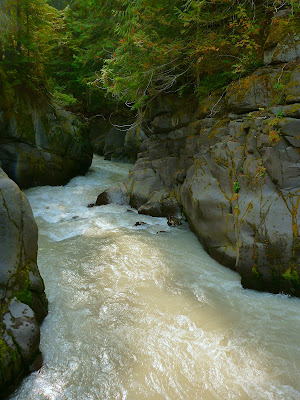 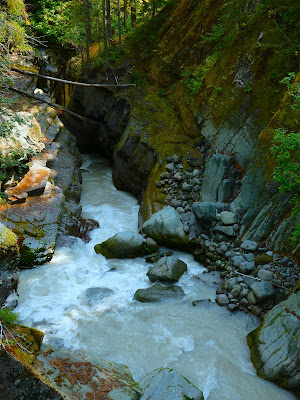 The current exploded at the bottom of this drop, erupting in massive plumes and boils, all going straight into the right wall without slowing or even hesitating. This undercut extended 25 feet downstream and who knows how far under the wall. Just downstream, another amazing wall and bedrock outcrops. The Muddy Fork just keeps givin'! 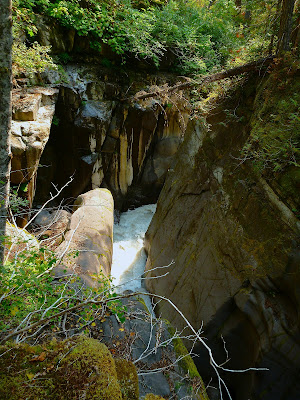 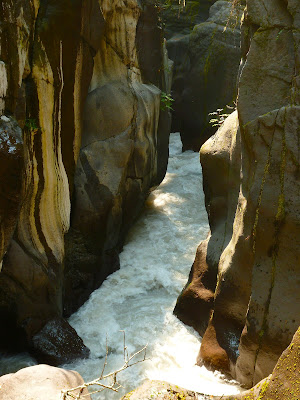 After several more snakes and curves this happened. 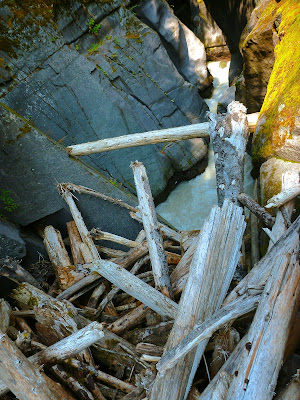 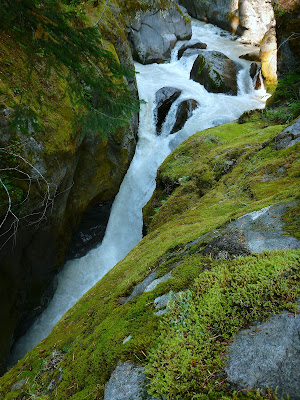 Hard to see here, but this drop is a beast dropping 45 feet. The river right side falls behind/just upstream of the water pouring off the river left falls. So burly. While there are runnable drops in these upper canyons, access will keep only the most adventurous crews out of here. A crew that's hahdened-da-fukk-up is what it's gonna take. Because rappelling in, running one or two marginal drops, then being hauled back out is the only option.
Jeremy and Karen had to get back. I kept going another mile or so, only to be stopped by a little tributary coming in. Seems like everything in this zone is a box. The 'side creek' dropped into it's own sick little canyon via an absolutely stunning 200 foot entrance falls. No words can describe the majesty in this area. I will be back because one day in here just isn't enough. 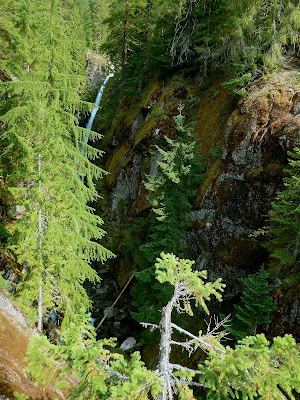 Mt Rainier has some of the prettier places I've found in WA. And I've poked around a bit. If you haven't been I suggest making a weekend of it and if your leaving from the Seattle/Tacoma area, take Highway 169 to 410 east, up to the junction with 123, through the park. It really is a beautiful scenic drive and in the summer months, when those passes are open for travel, shaves about an hour off your time instead of going the long way around coming in on 12 through Packwood. Happy travels y'all.  Enjoy the woods.
Posted by Brett Barton at 10:02 PM

Thanks, BT. Good to have you along.